Note from the Author — Smart contracts and Defi have went absolutely bananas in 2020. As of October 15th, 2020 – total value locked on Defi exceeds 11 billion dollars up from 3 billion in July. I see an emerging industry rising up in incredible ways. I want to preface this article by saying that I am an advocate for both blockchain platforms I am writing about. While not directly associated with either, I personally believe they are both great digital assets. Nothing I am writing about is financial advice but my own personal opinions and research. Please make your own decisions based on your own research when choosing investments. I am not sponsored by either of these blockchains or any of the applications I reference throughout this article.

I am going to break down each smart contract platform and rank them in several popular categories against each other on a scale from 1–5 in an attempt to educate people and invite discussion. I haven’t really seen anyone else write something like this — so I hope both communities can welcome it and get something out of a perspective that enjoys both sides.

If you don’t already use blockchain technology — this article might go over your head. The best place to start is to become familiar with Bitcoin, Ethereum and cryptocurrency concepts in general and before diving into further layers. I am going to be breaking down and comparing these smart contract platforms regarding some more complex concepts that won’t really be familiar or natural to the average person. But if you’re indulged in the Altcoin space or even in just one of these ecosystems — this article is for you.

If you enjoyed this article and want to read my opinions or articles in the future, I invite you to follow me on Twitter.

Uniswap completely reinvented the game this year. One of the largest stories in crypto of 2020 — this DEX completely changed the way the internet and human beings operate together. This current, initial wave of Defi is arguably completely built on Ethereum even though there is really no reason it has to be. In short, this boils down to the fact that some of the best developers in the space are working on projects that utilize Ethereum rather than other cryptocurrencies. I have nothing but extremely positive things to say about the Defi landscape that was created this year and I am proud to have had a chance to participate in the early adoption of such exciting technology. Uniswap has proven that both DEXs and Airdrops can be a part of the blockchain landscape moving forward.

Dexter is a brand new DEX that functions very similarly to Uniswap. The UI is clean and the documentation provided on the website is comprehensive and easy to read. There aren’t any assets on the platform yet other than a BTC and USD wrapped product on Tezos but I am optimistic for all the different types of tokens that will be available in the future. My hope is that someone figures out a way to get some real estate FA1.2 tokens trading on Dexter next year. For those only familiar with Ethereum — FA1.2 tokens are the Tezos equivalent of ERC-20 tokens. Think of these tokens as an extra layer built on top of the platform. There aren’t many different types of these tokens created yet — but the potential of what can be built is extremely wide. When you think about all the different types of ERC-20 tokens out there already — it makes me genuinely excited for FA1.2s.

I see more opportunity for large market cap assets such as buildings/land to enter Defi as FA1.2s rather than ERC-20s given the ecosystems that are currently built. The environment for ERC-20s is cluttered with nonsense and is difficult to traverse for someone who is unfamiliar. While you have many valuable ERC-20s such as UNI governance tokens and price oracles including Chainlink, there is a sea of garbage you have to understand how to sift through. I will be very interested to see these two amazing platforms evolve side by side among each other and am optimistic for both. I wouldn’t be surprised to see the narrative shift here in the Defi space as the infrastructure for these systems gets built out. My hope is for a DEX that has filtered mechanisms allowing you to quickly find very specific assets as more varieties of tokens are available. While I’m optimistic for the future of both ERC-20s and FA1.2s — in 2020 Ethereum remains the king of Defi.

Unlike Ethereum — which is in the process of transitioning from proof of work to proof of stake, Tezos is a smart contract platform built with staking in mind from the ground up. Tezos is a blockchain that has never operated within a proof of work ecosystem. As a result, the proof of stake environment that Tezos has built is far more robust than the current state of creating new Ethereum via proof of work.

Staking information for the Tezos ecosystem is extremely transparent and easy to learn through databases such as the ones provided on Baking Bad or the public dataset hosted by Google Cloud.

For the security geeks out there — Tezos applications, teams, and projects are traditionally centered around security and audit. The proof of stake elements of Tezos are no exception. I’ve personally used Baking Bad for about a year now and have found it useful for everything from choosing a Baker to auditing a Baker to monitoring my delegation rewards.

Staking your Tezos is extremely easy to do and can be done both from a personal wallet or from an exchange such as Coinbase or Kraken. The entire process takes a couple of minutes and never has to be done again unless you want to change the Baker that you delegate your Tezos to. For users who don’t want to choose their own Baker, it’s simple to auto-delegate through an exchange and still reap a percentage of staking benefits.

There’s still a lot of speculation regarding Ethereum staking since it isn’t a functioning product yet. I’m hoping it blows us all away but the outcome is still unknown. For those reasons, I view Ethereum staking in a very similar light to Tezos Defi. It’s something that is coming and you can see the light almost in front of your face at the end of the tunnel. However, that doesn’t mean it is something that currently exists. For these reasons I view Tezos as the clear winner in this category.

Governance has continued to become a trending topic within the blockchain community. The following information below was taken directly from the Tezos website.

Self-amendment allows Tezos to upgrade itself without having to split (“fork”) the network into two different blockchains. This is important as the suggestion or expectation of a fork can divide the community, alter stakeholder incentives, and disrupt the network effects that are formed over time. Because of self-amendment, coordination and execution costs for protocol upgrades are reduced and future innovations can be seamlessly implemented.

In Tezos, all stakeholders can participate in governing the protocol. The election cycle provides a formal and systematic procedure for stakeholders to reach agreement on proposed protocol amendments. By combining this on-chain mechanism with self-amendment, Tezos can change this initial election process to adopt better governance mechanisms when they are discovered.

As you can see — governance within the Tezos ecosystem is extremely clear and laid out for every user. There are currently no additional governance tokens or assets you need to hold in order to vote. This makes the governance process not only transparent but also simple for the user.

Ethereum has evolved under a very different governance model. With many Ethereum users anxiously awaiting Ethereum 2.0 — we see a plethora of different governance platforms built on top of the protocol. Overall there are still plenty of ways to participate in governance activities, but you are required to dig a layer deeper in order to get involved. This creates many different sub-communities and “forks” within the ecosystem. For these reasons, I believe Tezos to be the clear winner regarding on-chain governance.

Ethereum has had the opportunity to exist a couple of years longer than Tezos — allowing it to be utilized for many different things. Today we see Ethereum used for everything from gas to DEXs to lending platforms to NFTs. Ethereum has shown its use case and proven that it can be used in many ways we never thought imaginable. At this point I don’t believe it is speculation when there is almost 9 million Ether locked in Defi. While some of these use cases are extremely new, I still believe the on-chain track record showcases clear and obvious success. I am also quite excited to see how companies such as Reddit and J.P. Morgan incorporate Ethereum in the future. These are some of the biggest names in both finance and technology.

Tezos on the other hand is currently primarily used as a store of value and a staking mechanism. However, there are currently different institutions working extremely hard to tokenize assets on the platform. For example, Elevated Returns is in the process of tokenizing 1 billion dollars in real estate using the Tezos blockchain. I think some of the use cases for Tezos actually have stronger fundamentals — but currently the platform is lacking the same level of influence and reach as Ethereum due to Metcalfe’s law. Regardless, we have seen some exciting new developments such as Tim Draper raising 25 million dollars for Tezos venture funds.

I believe both smart contract platforms have a tremendous amount of room to grow in areas such as real estate, gaming/esports, digital art and the music industry. I want to see entrepreneurs, developers and investors dive into these different layers and show the world what is truly possible.

Overall Ranking (Out of 20)

As you can see, I view both of these blockchains very positively. I believe both have already made great strides in changing the world and that we are just getting started. If you are a maximalist of any kind — I encourage you to view blockchains objectively and think about how these platforms have different strengths and weaknesses.

I hope this article was informational, educational and inspired you to look at the world differently. If you found it useful — be sure to like or retweet the post on Twitter. 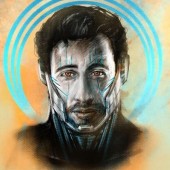 Prior to founding XTZ News, Vince managed IT communications for executives of a Fortune 200 Aerospace company. In 2019, Vince won the largest MTG event in New England with over 1000 competitors. Ferraiuolo has been cooking since he was four and has a heart on fire for Tezos.