DEMOTAPERS And Objkt Team Up For DEMOTAPERS’ “Chase The Sun” Genesis Drop On December 1st, 2022

DEMOTAPERS, is the first web3 platform to offer the market NFT drops focused on celebrating the strong interdependence between music and visual arts: a music & visual NFT ecosystem where musicians, visual artists, and their community can share, trade, and collect limited-edition unique artworks.

DEMOTAPERS, is the first web3 platform to offer the market NFT drops focused on celebrating the strong interdependence between music and visual arts: a music & visual NFT ecosystem where musicians, visual artists, and their community can share, trade, and collect limited-edition unique artworks.

“In the last two years, the explosion of the NFT phenomenon has allowed the whole world to fully comprehend the potential of blockchain technology.

What happened in the art market serves as a prelude for what is to come soon throughout the entire intellectual property ecosystem.

The Demotapers platform proposes itself as the ideal space for music and visual arts to come together to become two sides of the same coin.”

This new playground for artists and collectors is set to debut on December 1st, with Planet Funk’s iconic “Chase The Sun” track taking on new shapes and forms as the visual artists, also known as REMIXERS within the DEMOTAPERS ecosystem, take on the stage to remix visually.

Designed for limitless creativity and experimentation, being multichain is a key component on this playground — as of Saturday, November 19th, a new partnership has been announced between DEMOTAPERS and Objkt which will see the genesis drop adopting the Tezos protocol, paired with a Polygon-supported utility token that will unlock benefits for holders in the future such as eligibility to Airdrops, events, etc.

A drop, which also extends itself within a memorable event: as part of this launch, DEMOTAPERS and Objkt invite the community to take part in the  “DEMOTAPERS x Objkt Music Week”, a Tezos, Art and Music-driven event taking place between December 1st and December 8th, featuring a dedicated curated homepage showcasing works from the DEMOTAPERS Genesis drop from December 1st to December 2nd followed by curatorial activity via the @objktcom and @demotapers official Twitter pages.

“Demotapers is redefining the interaction between music and visual art. Featuring an incredible lineup of artists and a super iconic track, we are proud to team up with Etan and the team to host the Genesis Drop on Objkt.

With the Objkt Music Week event, we hope to highlight and shine a spotlight on the wonderful and growing music NFT scene on Tezos.” 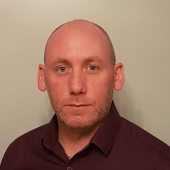 Based in Dublin, Rossa has developed a reputation as a key Tezos influencer on Twitter helping to spread important Tezos information to the masses. Rossa is hugely positive about blockchain technology and the potential it has to change the world.